Caesarstone Concetto - A Touch of Luxury

​Blending art, nature and technology together, Caesarstone’s Concetto collection brings the elegance and energy of semi-precious stones into interior design. 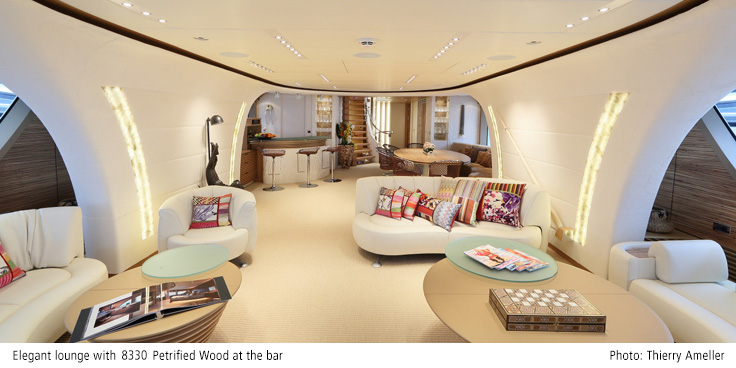 Meet “Sofia” - a worthy candidate to become the world’s most prestige yacht, custom designed for an American businessman. It boasts a top-end design and incorporates advanced technology, stretching over 42 meters wide and three stories high. But “Sofia” isn’t just another super-yacht; its lounge and living room are inlaid with elements from Caesarstone’s Concetto series - a 7-meter tall pillar, stretching from bottom to top floor, is made of 8141 White Quartz Concetto in white-grey tones; and the bar is inlaid with 8330 Petrified Wood Concetto in deep amber colours. 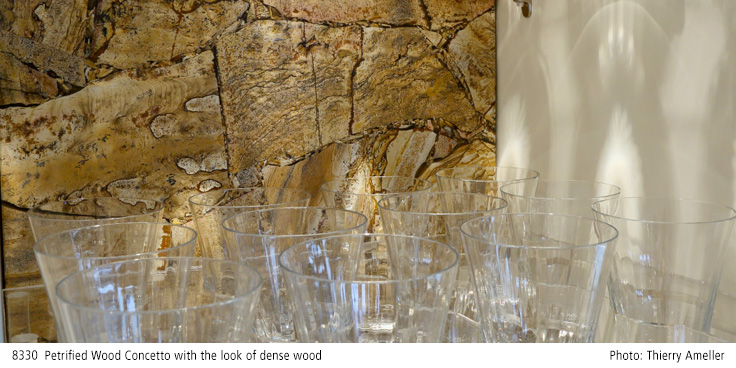 The Concetto collection wasn’t chosen by mere chance: this series by Caesarstone is characterized by its unique features. The surfaces, handmade from semi-precious stones - cut and embedded one by one - are known for their rich textures and transparency, opening new possibilities of back-lighting and bringing forth breathtaking designs.In the case of Sofia, the Concetto elements shine like a precious jewel, blending harmoniously with the interior space. 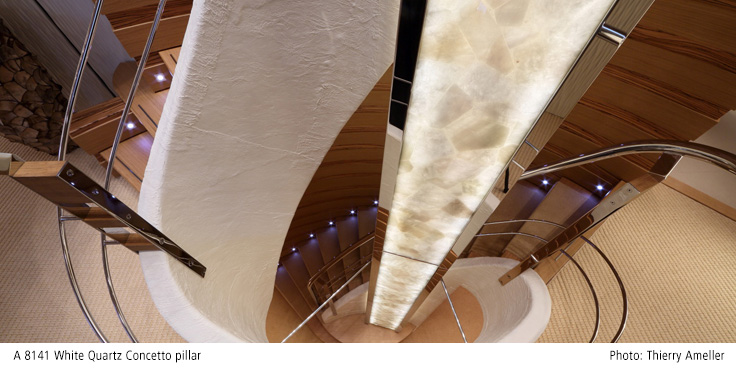 In other projects, the Concetto elements' bright colours are combined as the focal point of the interior, catching the eye of anyone who enters. For example, in this penthouse kitchen, designed by Shaw Group, Caesarstone 8531 Blue Agate adds a touch of vividness. Its position above the stove gives it the status of a piece of art. The combination of the bright blue Agate stones and the neutral tones in kitchen creates a balanced design. 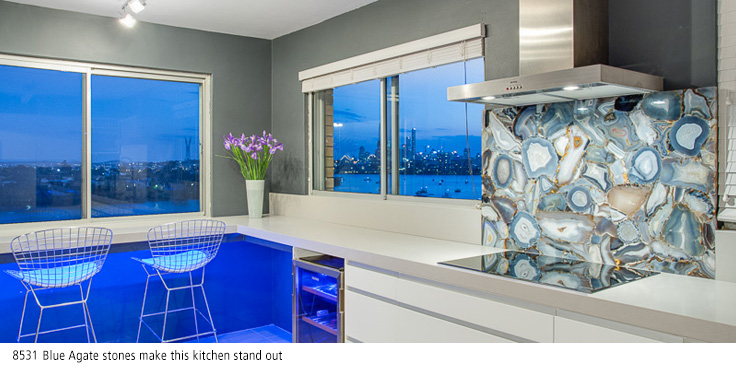 No less than three Concetto 8630 Tiger Eye panels are inlaid in this mesmerizing bathroom by Enigma Interiors, standing out against the black floors and walls. Two gold-plated sinks stand in the center of the room, topping off this dramatic and luxurious design. 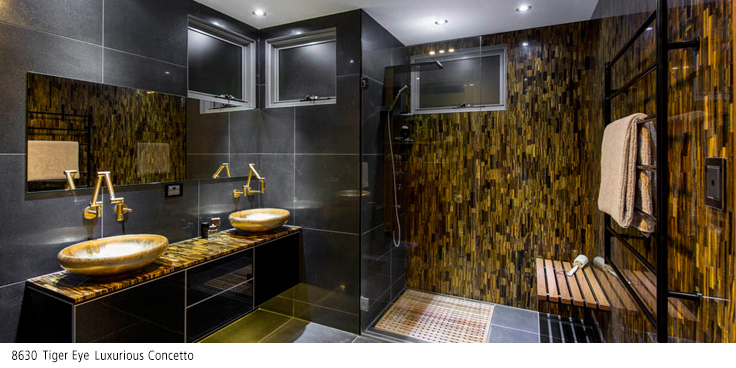 Caesarstone 8311 Gray Agate creates a special effect in this bathroom: its relatively even colour, combined with LED lighting, forms a playful change of colours, from green to blue and even red. The Concetto’s rich texture adds a surprising element to the ultra-modern space, making it one of a kind. 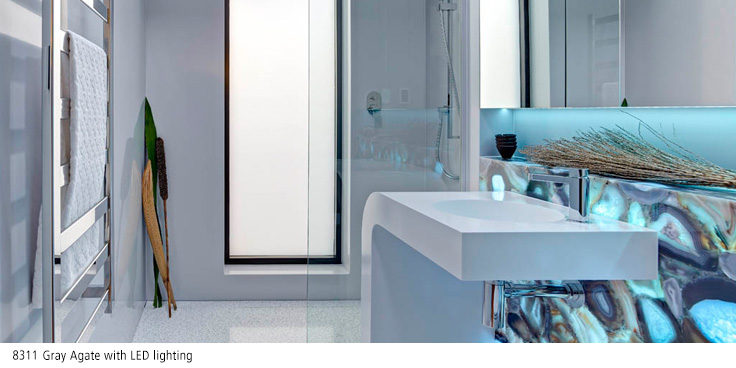 Take a closer look at the Concetto collection