The Concrete Effect- Industrial and Minimalistic

Exposed concrete has transformed from an architectural industrial material to a source of inspiration which is constantly reinterpreted by designers- it has entered the living space at home, the world of furniture and is even worn on the body.

Mentions of cement date back to ancient Babylonian times, and in the 18th century it already acquired its modern industrial form. By the mid-20th century its bareness was expressed through a movement called “Brutalism” – an architectural style influenced by Le Corbusier – which even then exposed its aesthetic elements. From then until today, exposed concrete has been the source of inspiration for a design genre that believes in meticulous and modest aesthetics that communicate luxuries in a quiet, solid and powerful manner.

Contemporary designers are casting concrete into soft molds, combining it with Paper Mache to create a material called “"Papercrete" that is both hard and light. They are also inventing concrete-like surfaces that enable us to enjoy the aesthetic characteristics of the material in a wide variety of new designs and to create with it endless interpretations for different elements. 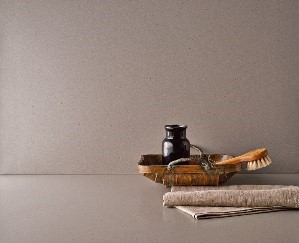 The integration of concrete into the forefront of the design world was noted by the London-based trend predicting company FranklinTill in its style defining book Design Inspirations under the trend Industrial Luxe. In the book, the movement of concrete into the domain of interior home design was identified: “Materials and elements that for the most part are found in the architectural and building realms, such as unprocessed concrete and wood, are making their way into homes. And simultaneously they are blending with a variety of design objects in the fashion world, furniture and home design, as they are used in conjunction with conventional materials such as copper, glass and wood”. 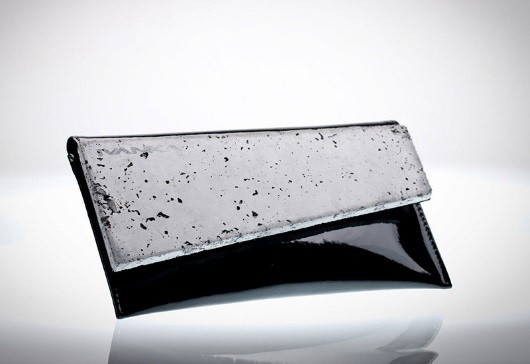 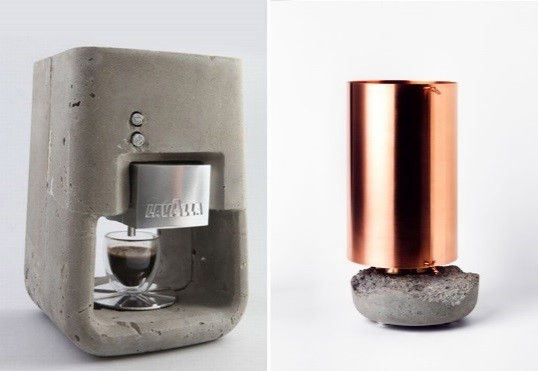 Also at Caesarstone we recently launched a model inspired by the concrete trend- the Sleek Concrete 4003. The surface meets the needs of the concrete vogue as it features textured urban elements. Using Caesarstone’s surface, the concrete look can be easily applied to home work surfaces and wall covering. Until today, the use of concrete in interior home design was limited because the surfaces absorbed stains, easily cracked, and had low durability. However, with Caesarstone’s surfaces it is now possible to use a concrete-like material that enables users to achieve the concrete look but with a material that is especially easy to work with. 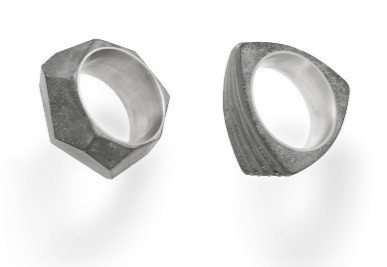 Rings made of concrete and silver, Studio 22 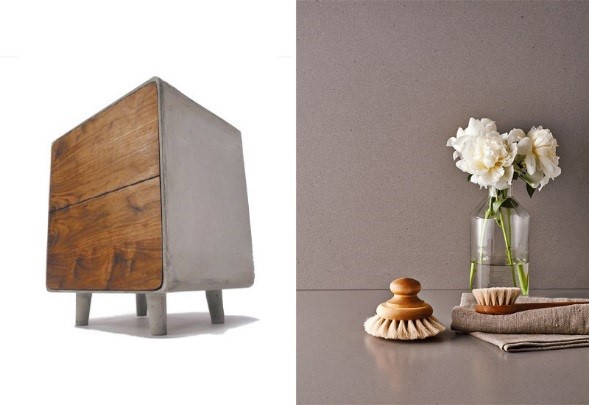 On the right: Sleek Concrete 4003
On the left: A wood and concrete cabinet, Wanken studio 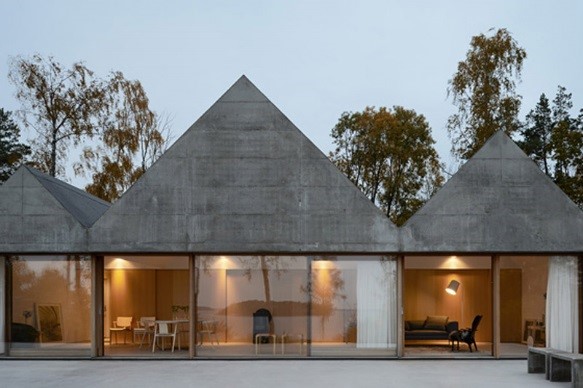 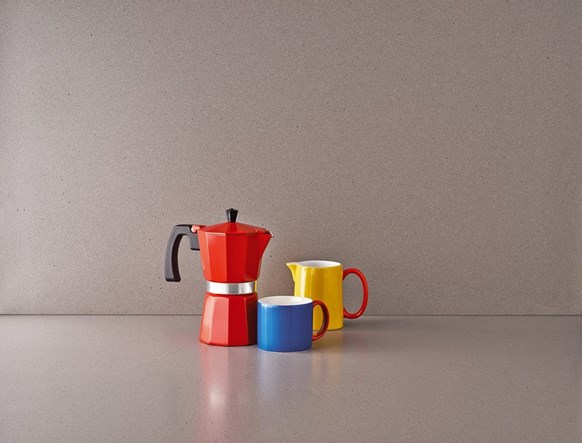 “We are offering a unique work surface” says Keren Arazi, product manager at Caesarstone. “It is a quartz surface that is durable, strong, convenient to work with, easy to clean and maintain, that has all of the characteristics and advantages that our surfaces are renowned for, and of course delivers a raw industrial concrete look. In addition, it was necessary to develop a new surface finish in which the level of gloss was balanced, which gives it the concrete look.”